The Secret - Book of life

Author
Alyssa
Date
2020-12-07 13:55
Views
348
Let's assume you live in war. At this point, Let's assume people have a list of rice support in country when you have nothing to eat. and my name is missing from that list. But, can I get rice like a lifeline from the country? Absolutely not.
The same is true. God told us about the characteristics of the person being saved in the Bible.

(Daniel 12:1)
"At that time Michael, the great prince who protects your people, will arise. There will be a time of distress such as has not happened from the beginning of nations until then. But at that time your people--everyone whose name is found written in the book—will be delivered.

(Revelation 20:12)
And I saw the dead, great and small, standing before the throne, and books were opened. Another book was opened, which is the book of life. The dead were judged according to what they had done as recorded in the books.

(Revelation 20:15)
If anyone's name was not found written in the book of life, he was thrown into the lake of fire.

Who can be delivered on the last day?
only those whose names are written in the book of life will be delivered.

and when we believe in Christ and are baptized, we are born again. In other words, our names are recorded in the book of life in heaven. 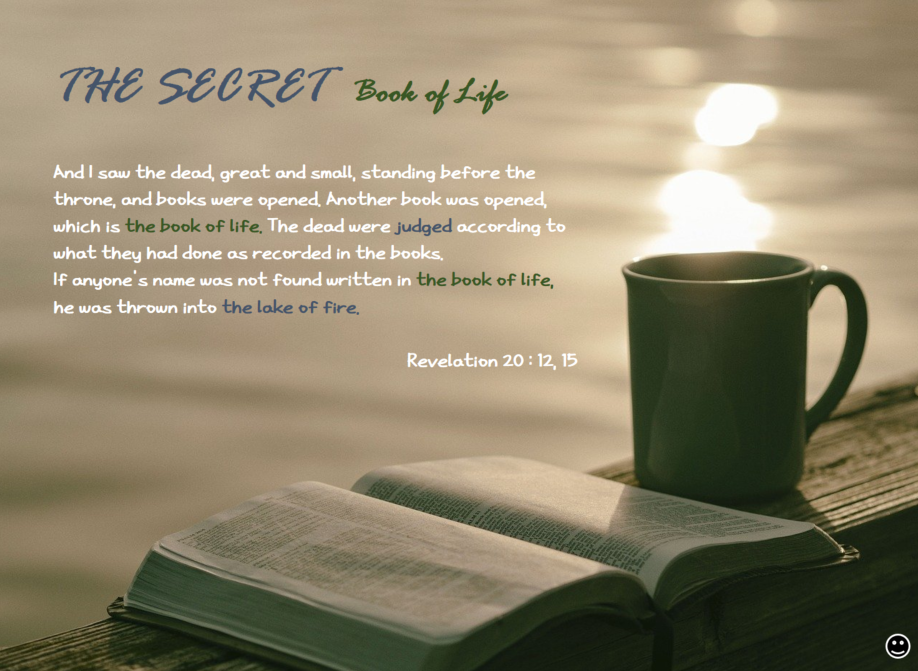 Total 9
« God Is Our Father and Mother
The Reason to keep the Sabbath. »
List Reply
Edit Delete
Total 379
New
Powered by KBoard