The prophecies of the book of Revelation are thinGs that will happen in this age in which we live.

Let's look at one of the important prophecies related to our salvation.

As recorded in Revelation 2:17,
"He who has an ear, let him hear what the Spirit says to the churches.
To him who overcomes, I will give some of the hidden manna.
I will also give him a white stone with a new name written on it, known only to him who receives it."

The Bible prophesied that those who will be saved, expressed as overcomer,
will be given the hidden manna and will know Christ who comes in a new name.

This means that if you realize what the hidden manna means, you can recognize and accept the Second Coming Christ.

Regarding this manna, Jesus told the Israelite that Jesus was the manna that came down from heaven, the bread of life. and Jesus said that the bread of life is that those who eat and drink the flesh and blood of Jesus will have eternal life.(John 6:49~54)

The way to eat and drink the flesh and blood of Jesus was established by the truth of eating and drinking the bread and wine of the New Covenant Passover.

However, the Passover of the New Covenant leading to eternal life disappeared during the dark age of religion.
That's why was written in Revelation as "hidden manna".

So, Christ came to the flesh again for the second time for the salvation of mankind (Hebrew 9:28), and restored the New Covenant Passover, the hidden manna.

the Bible testifies that it is God who brings the truth of eternal life. (Isaiah 25:6~9)

Therefore, Christ Ahnsahnghong who brought the New Covenant Passover, the hidden manna, is the Second Coming Christ who we have been waiting for. 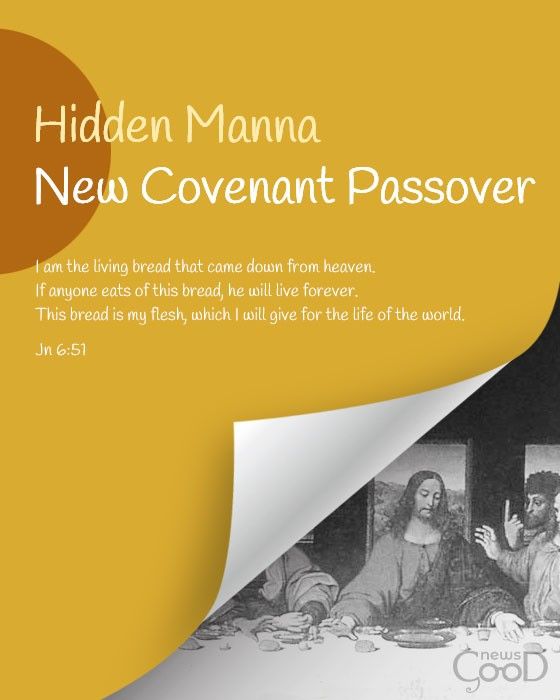 Total 17
« What is the true gospel?
The Most Sacred Food »
List Reply
Edit Delete
Total 1,614
New
Powered by KBoard