The Bride of Christ, God the Mother

Author
James
Date
2021-01-22 10:07
Views
878
The Book of Revelation prophecies about the appearance of the bride of Christ in the last days.

Revelation 19:7 Let us rejoice and be glad and give him glory! For the wedding of the Lamb has come, and his bride has made herself ready.

Then who is the bride of Christ made ready in the last day? Many have a misconception that the bride of Christ is the congregation or saints of God who are to be saved in the last day. However, this is a hasty conclusion made by overgeneralization. Since the bride implies the saints of God in some of the verses in the bible, people tend to make the error of overgeneralization assuming the bride in Revelation must be the saints too.

However, this is not how the bible works. We have to consider the context to make a right decision about the meaning of a certain word. Therefore, let us take a look into the context to find out the true meaning of the bride in the book.

In the Book of Revelation Chapter 19, we can see some of important features that we should know to find out the meaning of the bride.

Revelation 21:9 One of the seven angels who had the seven bowls full of the seven last plagues came and said to me, “Come, I will show you the bride, the wife of the Lamb.” 10 And he carried me away in the Spirit to a mountain great and high, and showed me the Holy City, Jerusalem, coming down out of heaven from God. 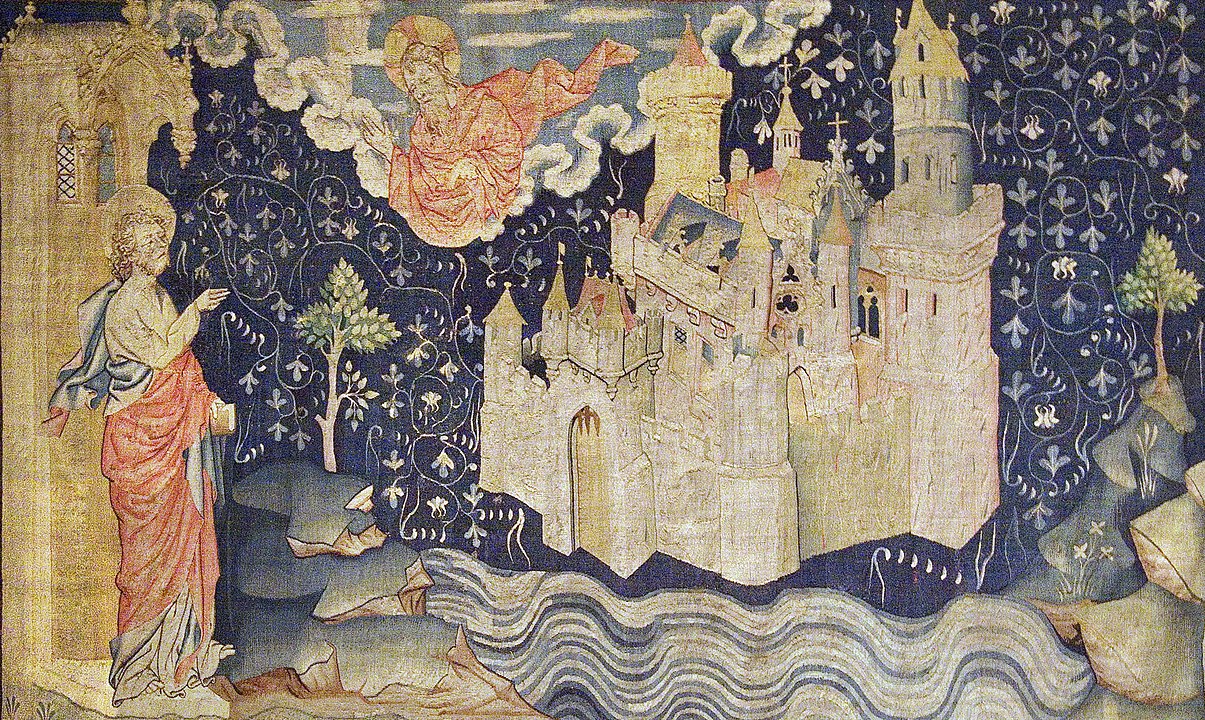 The bride is the heavenly Jerusalem temple that was to come down from heaven. As we continue to read the description of the temple, we can see that it is portrayed as the Most Holy Place of the temple, which is as wide as it is long and high.

Revelation 21:16 The city was laid out like a square, as long as it was wide.
1 Kings 6:20 The inner sanctuary was twenty cubits long, twenty wide and twenty high.

With this in mind, let us think about the Heavenly Jerusalem the reality of the Most Holy Place of the temple. Then what is the Heavenly Jerusalem? It must be the prophecy of God coming as man in the flesh to put his dwelling among his people in the last day. That is, it is the prophecy of the appearance of the Christ in the last day. This perfectly makes sense because the last chapter of Revelation the bride is giving the water of eternal life to whoever wishes. (Revelation 22:17) This means that the bride is God who would appear in the form of man in the last day just like Jesus 2000 years ago.

Then who is the heavenly Jerusalem who would come to save us in the last day? Apostle Paul let us know the true meaning of the Heavenly Temple Jerusalem.

Galatians 4:26 But the Jerusalem that is above is free, and she is our mother.

He clearly teaches us that the Heavenly Jerusalem is our mother in heaven. 2000 years ago our Father in heaven appeared as man in the name of Jesus and made his dwelling among his people. According to Revelation, in the last day, our Mother our God would appear in the flesh and would make her dwelling among her people to give them salvation. The last secret of the bible is the appearance of God the Mother who gives the water of life. Let us find out who God the Mother is and receive the water of life.
Total 7
« The Aged Wine and Christ Ahnsahnghong
Our Spiritual hometown is the kingdom of heaven. »
List Reply
Edit Delete
Total 1,871
New
Powered by KBoard