If I am innocent, I make God a liar. 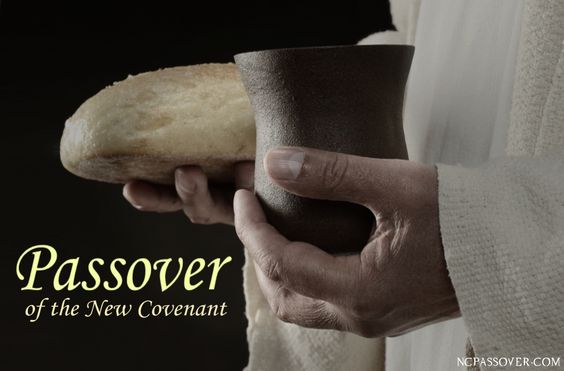 If I am innocent, I make God a liar.

Why bible said that we are sinners, why are we called sinners?
Answer: Because all of us are dying every day. In other words, if you are free from death, you are not a sinner.

Life is the combination of the dust came from earth and the spirit came from God. Whether you admit this or not, when person dies, the body becomes dry and becomes dirt. And the soul he used to think, love and do disappears. lf you are alive, no one knows where your soul si after death.
Bible explain this.
When a living person is to die, the body goes back to the ground and the soul goes back to God.

Ecc.12.7
the dust returns to the ground it came from, and the spirit returns to God who gave it.

It's an expression that can be used because we were there. God revealed that our souls were originally souls that live forever with God in heaven.

1Kings 17.20-23
Then he cried out to the LORD, "O LORD my God, have you brought tragedy also upon this widow I am staying with, by causing her son to die?" Then he stretched himself out on the boy three times and cried to the LORD, "O LORD my God, let this boy's life return to him!"
The LORD heard Elijah's cry, and the boy's life returned to him, and he lived.
Elijah picked up the child and carried him down from the room into the house. He gave him to his mother and said, "Look, your son is alive!“

The prophet Elijah did not go to the house of the widow of Zarephath by accident. Elijah deliberately went to the widow's house because God told him that when he went to the house, the widow would give him food. When Elijah went to the widow's house, her son died. And that Elijah prayed to God to bring the son's soul back to the body of her son is an example God made to help us understand that a soul exists.
Originally, her son's soul was in the body of the son, but when the soul escaped from the body, he died. And when the soul returned to the body, he lived again.
It seems to have died from being sick, but from God's perspective, the body died because the soul came out of the child's body. Before death, the soul with the child. And after death, the soul is with God. Originally our souls were with God.

CHRIST JESUS AND US.

The Son of Man came because the lost is on this earth. The lost were originally with Jesus, God the Creator, in heaven, where Jesus was before.
Then, why did Jesus lose those in heaven?

Mat. 9·13
But go and learn what this means: 'I desire mercy, not sacrifice.' For I have not come to call the righteous, but sinners.

Jesus explained that those who were lost in heaven were those who had sinned against God and the people of heaven and were expelled from heaven. It is that the sin of our souls was committed in heaven, not here after birth.

Romans 5·12
The wages of sin is death

We was sentenced to death in Heaven. So Death has come to all. Physically there must have been various diseases, accidents or old and death, but spiritually people died because of sin.

Gel 27.2-3
"Son of man, take up a lament concerning Tyre.
Say to Tyre, situated at the gateway to the sea, merchant of peoples on many coasts, 'This is what the Sovereign LORD says: " 'You say, O Tyre, "I am perfect in beauty."
Your domain was on the high seas; your builders brought your beauty to perfection.

God said to Ezekiel, ‘Make a lament for King Tire and give it to him.’ There was a king in a country called Tire. What period of time is God comparing King Tire with the present King Tire? Did God say that King Tire is poor compared to King Tire at what time? King Tire was a king who had everything. Why did he look pitiful? Before he was born, he was completely beautiful and perfect in heaven.
The Creator God told Ezekiel to sing a sad song because it was sad in God's sight to live as king. Because God knows the glorious appearance of King Tire in the heaven.

If you read 1 Corinthians 15.44, we are now wearing the appearance of the earthly man, but in the future we will wear the appearance of the heavenly man. I will wear a body that does not lose or die.
Wearing clothes means that the clothes of the body that will eventually die over time are not the original me, but the dressed me, that is, the dressed soul is the real me.
In other words, the body of the earthly world is an evil and dying body, and the soul is wearing a body.

How sad it would be in the eyes of God to see King Tire, wearing clothes that were worn out and dying, loving riches and abilities that he could never have forever?

As seen from heaven, the earth is nothing but a prison where souls who have committed sin and are exiled from heaven are gathered. If you can get out of here and go back to heaven, it's up to you to go back and see at all costs.

It is easy to see why Jesus established the new covenant 2,000 years ago and the Holy Spirit Ahnsahnghong rebuilt the Passover that was abolished by Roman Catholicism. Without the Passover, which is the only way for sinners to receive forgiveness of their sins, there is no chance of returning to heaven.
The Creator God, who thought sadly and pitiful for our souls, came back into this world in flesh.