Cross is an IDOL

Author
Debbie
Date
2021-03-01 08:28
Views
674
Korea, which has a lot of Christianity, looks like a graveyard at night. That's because of the countless number of crosses. I once thought the cross was a symbol of Christianity, so I even felt protected by invisible forces when I carried it on my body. But it was my big mistake.

The second of the ten commandments clearly states this.

Exodus 20:4 “You shall not make for yourself an image in the form of anything in heaven above or on the earth beneath or in the waters below.

God clearly told us not to make idols, and the cross cannot be an exception. Suppose Jesus Christ was executed by firing squad, not by crucifixion. If so, there should be guns on top of churches these days. How ridiculous is this?

Making a cross itself is to disobey God’s commandment, “Do not make an idol.” We must walk the upright path of faith in the will of God who forbade idolatry. 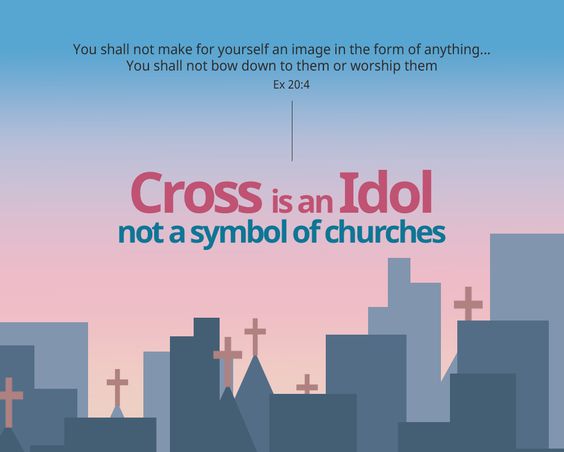 Total 4
« Why do we have to listen to God's Word?
God's Wish »
List Reply
Edit Delete
Total 1,536
New
Powered by KBoard