Which church do we have to go to be saved? 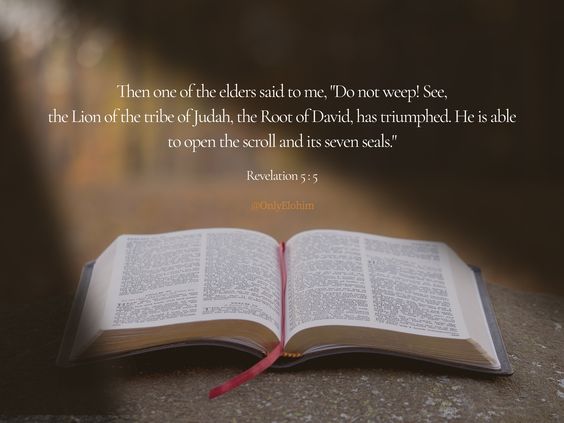 We believe in God to be saved and to enter the kingdom of Heaven. Right?
However, can we go to kingdom of heaven by just being believe in God without knowing God or from where we can be saved exactly?
We should know about God's word exactly.
Let us find out this through the prophecies about this in the bible.

Here, Who is the one sit on the throne? It is God. And what is the book which is holding in his right hand? This is the Bible. Then, what happened to this bible? It is written that the Bible is sealed with seven seals. here, then, only who can open the bible which is sealed? It is said that no one in heaven or on earth or under the earth can open the bible or even look inside it except the root of David.
It means that only the root of David can interpret the bible exactly according to the will of God and he can allow the truth.
Then, which church do we have to go in the last days? We must go to church established by the root of David.

Then, where is it?
Next time, by the Bible, Let us study who is the root of David and which church is what established by the root of David.
Total 10
« We have to throw away our prejudice to understand God correctly
About the new name as the Savior in the Age of the Holy Spirit »
List Reply
Edit Delete
Total 512
New
Powered by KBoard