To be allowed to live in the heavenly kingdom

Author
Garcia
Date
2021-04-24 13:49
Views
371
At first, I give all thanks to Elohim God with all my heart! Still, many people are unfamiliar with Elohim God.
However, Christ Ahnsahnghong and God the Mother have already come in the flesh with the free gift of the water of life. That is, the prophecies of the Bible have been fulfilled in their own time.

Have you ever thought of the reason you have to live on the earth? Or, about what you are before God?
In the past, I had no idea of these things, but just was going after the earthly things. And, I took it for granted that all men had to face death in the end, not knowing what would happen after the death. In those days, I was afraid of the things to come and my heart was filled with anxiety and sorrows and disappointments. This may be the same with people who are living the last age.

But, now, my heart is filled with heavenly things. Of course, my life is harder these days, but I'm so happy within Elohim God (Christ Ahnsahnghong and God the Mother).

WHY?
Elohim God allowed me to live in the heavenly kingdom by the promise of the Passover of the new covenant.
I am no longer a foreigner on the earth, but became a heavenly heir when I received God the Mother, whom Christ Ahnsahnghong revealed.
They sought my wretched soul while I was going after the worldly things, not remembering the heavenly thing.

Gal. 4:26~28 But the Jerusalem that is above is free, and she is our mother.
~~
Now you, brothers, like Isaac, are children of promise.
At that time the son born in the ordinary way persecuted the son born by the power of the Spirit. It is the same now.
But what does the Scripture say?
"Get rid of the slave woman and her son, for the slave woman's son will never share in the inheritance with the free woman's son."

What will be more than becoming a heavenly heir by receiving God the Mother in Zion?
I've received this amazing blessing through Elohim God's sacrifices.
I hope to be faithful to Their instructions with all my heart, not focusing on the earth. 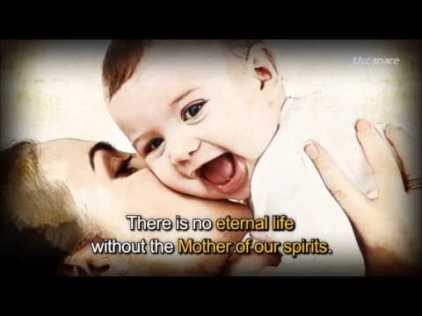