The secret of the title of father

Author
Estherkim
Date
2021-05-14 12:37
Views
363
Even people who don’t know much about Christianity
It is natural to know that God is called'Father'.
Because they have seen many Christians call God'Father' for a long time.

However, there is a difficult part to understand here.
Why did Jesus tell us to call God'Father' among the many titles that refer to God?

Jesus could have called him God, Lord, King, just like the prophets in the Old Testament.

As everyone knows, the name'father' can only be called a man who gave life to a child.

By the way, how many Christians understand and call the exact concept of 'Father' even though they call God the Father?

(Revelation 4:11)
It is worthy, our Lord God, to receive glory and honor and power.
Because the Lord made all things.
All things were according to your will, and you were created.

In the sense of all things, all creatures, men, birds of the sky, fish of the sea, and beasts of the grassland, have men and women, and children are given life by them.

If you believe that all things are made according to the will of God,
You will easily realize who your father's symmetrical being is.
‘A word that refers to or calls the woman who gave birth to him’,
It's just thinking of'mother'.


If there is a father, of course, there is a mother, and it is very natural and God's will that children exist through the father and mother.

Anyone who doesn't understand the male image of God the Father properly cannot be given an opportunity or blessing to meet God the mother in a female form, so it is a really important part.

(Revelation 21:9-10)
… Come, I will show you the bride, the wife of the Lamb. He showed the holy city of Jerusalem coming down from heaven

(Galatians 4:26).
Only Jerusalem above (heaven) is free, and she is our mother

We must all be able to receive the blessing of eternal life by meeting our Heavenly Mother, who is clearly foretold and witnessed through the Bible. 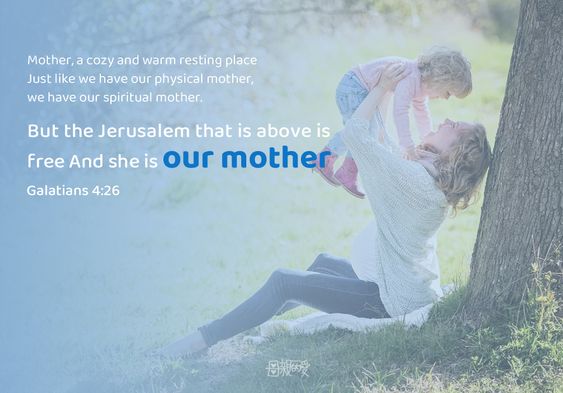