The Last Adam and Christ Ahnsahnghong

The last Adam, the savior that the Bible testifies
The Bible is a book that allows us to know God rightly (John 5:39). If you do not know God, you cannot hope for salvation. Jesus showed that He is the Savior through the Bible 2,000 years ago. Likewise, the Second Coming Jesus can only be recognized through the Bible.

The first man, Adam, was expelled from Eden for the sin of eating the forbidden fruit.

Adam is the first man God formed out of dust.
The man who touched the tree of knowledge of good and evil and put mankind under the curse of death. Even if you don't know the Bible, you've probably heard of Adam like this. However, 'The Last Adam' is a little unfamiliar to believers.
The Apostle Paul, in his epistle to Corinth, defined the last Adam as:

The suffering of death began when the first man, Adam, ate the forbidden fruit, but on the contrary, the last Adam is the being who saves us.

The last Adam, the Second Coming Jesus, is the one who saves us.

Jesus said … Unless you eat the flesh of the Son of Man and drink his blood, you have no life in you. Whoever eats my flesh and drinks my blood has eternal life, and I will raise him up on the last day (John 6:53-54).

He promised that those who ate and drank the flesh and blood of Jesus would give eternal life on the last day.
So, what is the way to eat and drink Jesus' flesh and blood?

the disciples did as Jesus had directed them and prepared the Passover...While they were eating, Jesus took bread, gave thanks … This is my body.” Then he took the cup, gave thanks… This is my blood of the covenant, which is poured out for many for the forgiveness of sins. (Matthew 26:17-28).

The flesh and blood of Jesus are the bread and wine of the Passover. In other words, if you keep the Passover, you can have eternal life because it has the same effect as drinking the flesh and blood of Jesus.
However, we must pay attention to the fact that it is the last Adam, the Second Coming Jesus, who gives us eternal life through this Passover.

After being abolished in AD 325, the Passover was not revealed to the world for about 1,600 years.
It is Ahnsahnghong who restored the promise of the life that everyone had forgotten.
The Bible says that the one who restores the lost Passover is the God who will save us (Isaiah 25:6-9).
Therefore, Ahnsahnghong who reestablished the Passover is surely God.
We hope that we will receive the blessing of salvation by believing in Ahnsahnghong, the Second Coming Christ who has appeared in this age and keeping the Passover. 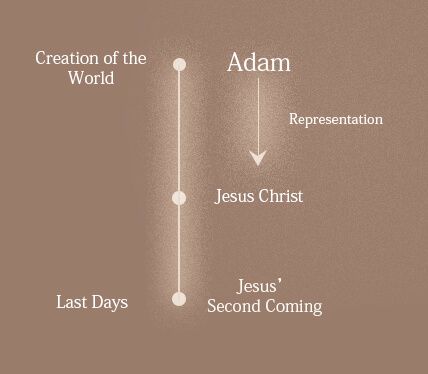