There are people who insist that the Passover is an Old Testament law, so there is no need to keep it.

God said He would bring a plague that would destroy all the firstborns in Egypt, and He commanded the Israelites to keep the Passover so that they would not suffer this plague.

Exodus 12:5-11
The animals you choose must be year-old males without defect, and you may take them from the sheep or the goats.
Take care of them until the fourteenth day of the month, when all the people of the community of Israel must slaughter them at twilight.
Then they are to take some of the blood and put it on the sides and tops of the doorframes of the houses where they eat the lambs.
..... it is the LORD's Passover.

Exodus 12:29-33
At midnight the LORD struck down all the firstborn in Egypt, from the firstborn of Pharaoh, who sat on the throne, to the firstborn of the prisoner, who was in the dungeon, and the firstborn of all the livestock as well....During the night Pharaoh summoned Moses and Aaron and said, "Up! Leave my people, you and the Israelites! Go, worship the LORD as you have requested....The Egyptians urged the people to hurry and leave the country. "For otherwise," they said, "we will all die!"

The Israelites who kept the Passover were saved from the plague of destroying the firstborn and freed from Egypt and were able to go to the promised land of Canaan.

How will we keep the New Testament Passover according to who's guidance?

Matthew 26:17-19
... the disciples came to Jesus and asked, "Where do you want us to make preparations for you to eat the Passover?"...So the disciples did as Jesus had directed them and prepared the Passover.

1 Corinthians 5:7
...For Christ, our Passover lamb, has been sacrificed.

Therefore, according to the teachings of Jesus, we must keep the New Covenant Passover until the end of the world. 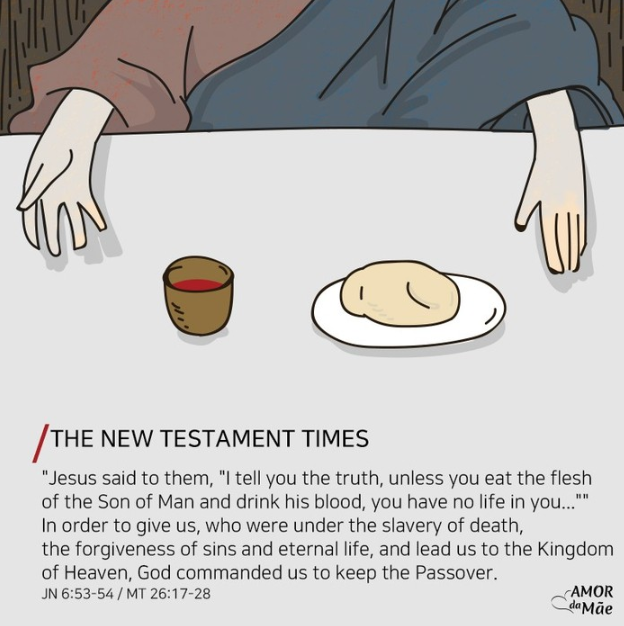