The Patriots of Heaven

(Matthew 7:21) "Not everyone who says to me, 'Lord, Lord,' will enter the kingdom of heaven, but only he who does the will of my Father who is in heaven.

(Matthew 25:4) The wise, however, took oil in jars along with their lamps.

(Matthew 25:23) "His master replied, 'Well done, good and faithful servant! You have been faithful with a few things; I will put you in charge of many things. Come and share your master's happiness!‘

We will prepare for oil(act of faith, read and Listen repeatedly to truth) and lamp(truth, faith), and be loyal to small things.

(Matthew 25:31) "When the Son of Man comes in his glory, and all the angels with him, he will sit on his throne in heavenly glory.

(Matthew 25:33~34,40) He will put the sheep on his right and the goats on his left. "Then the King will say to those on his right, 'Come, you who are blessed by my Father; take your inheritance, the kingdom prepared for you since the creation of the world...."The King will reply, 'I tell you the truth, whatever you did for one of the least of these brothers of mine, you did for me.‘

We unite with each other to complete the mission of the Heavenly Independence Army and enter the Kingdom of heaven and become the recipients of God the Father and God the Mother’s New Creation world. 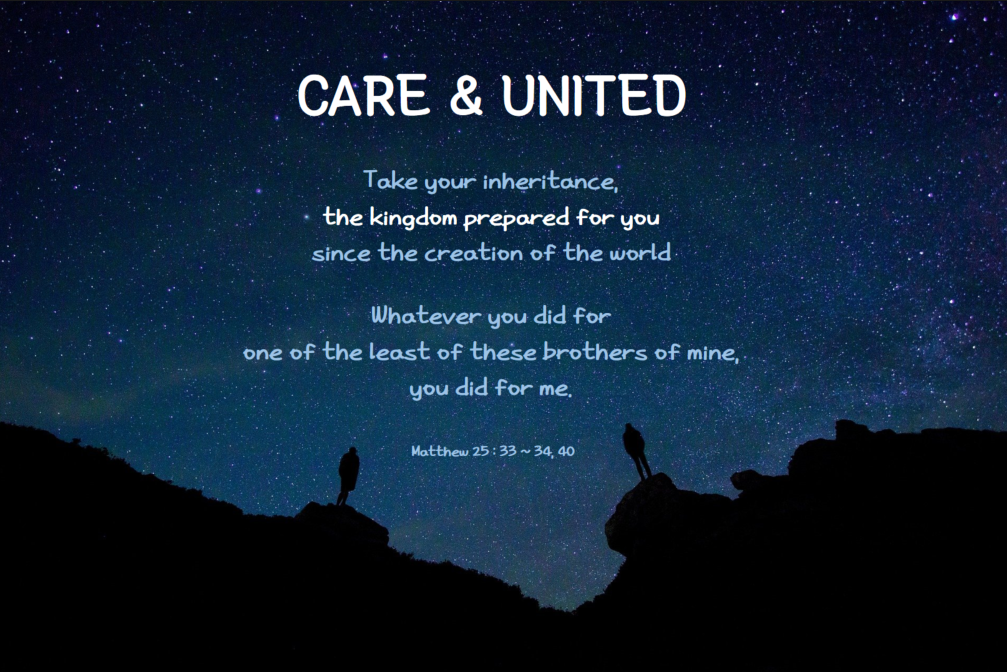 Total 11
« What is the goal of our faith?
Special love from God, our Spiritual Parents »
List Reply
Edit Delete
Total 902
New
Powered by KBoard