According to the prophecy.

Author
Su_ri
Date
2022-11-03 13:49
Views
87
[Isaiah 53:1‭-‬3]
Who has believed our message and to whom has the arm of the Lord been revealed? He grew up before him like a tender shoot, and like a root out of dry ground. He had no beauty or majesty to attract us to him, nothing in his appearance that we should desire him. He was despised and rejected by mankind, a man of suffering, and familiar with pain. Like one from whom people hide their faces he was despised, and we held him in low esteem.

The bible is a book of prophecy which testifies Christ.
According to the prophecy of the bible, Jesus came to this earth in the flesh.

According to that, he was despised and rejected by mankind and suffered.
All these things are not just happening but the fulfillment of the prophecy.

So, we should pay attention to the prophecies of the bible. 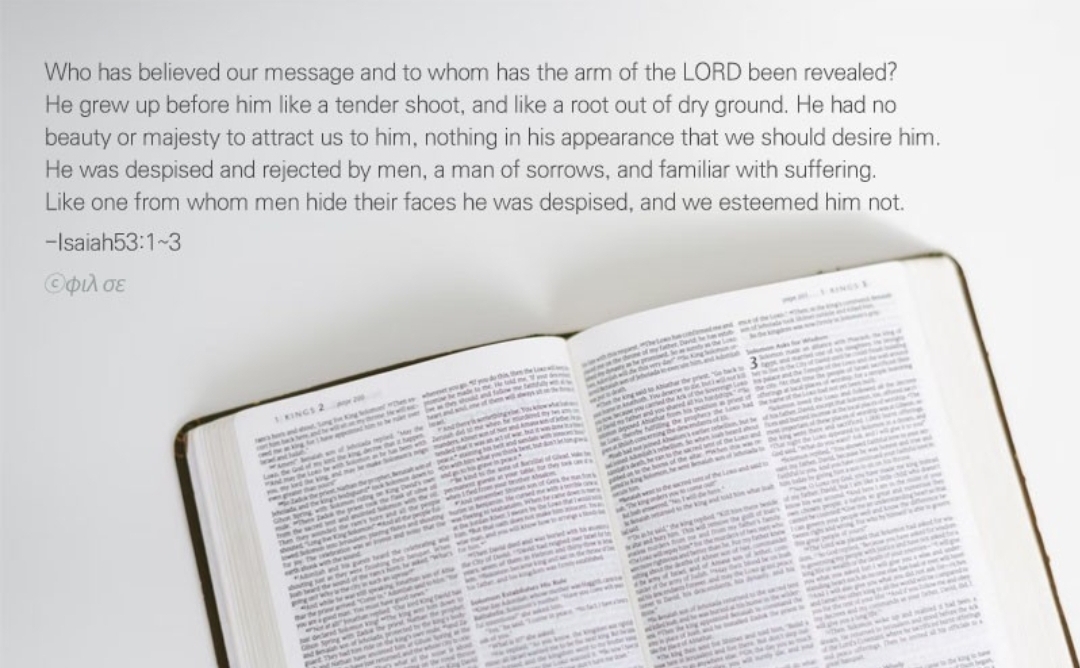