The Passover is God’s seal that makes us escape the last disaster.

(Revelation 7:2~3)
Then I saw another angel coming up from the east, having the seal of the living God. He called out in a loud voice to the four angels who had been given power to harm the land and the sea: "Do not harm the land or the sea or the trees until we put a seal on the foreheads of the servants of our God."

(John 6:27)
Do not work for food that spoils, but for food that endures to eternal life, which the Son of Man will give you. On him God the Father has placed his seal of approval.“

God placed His seal on Jesus. If we want to have the seal, we should become one body with Jesus. How can we become one with Jesus.

(John 6:56)
Whoever eats my flesh and drinks my blood remains in me, and I in him.

How can we eat Jesus’ flesh and drink His blood?

(Matthew 26:26~28)
While they were eating, Jesus took bread, gave thanks and broke it, and gave it to his disciples, saying, "Take and eat; this is my body." Then he took the cup, gave thanks and offered it to them, saying, "Drink from it, all of you. This is my blood of the covenant, which is poured out for many for the forgiveness of sins. 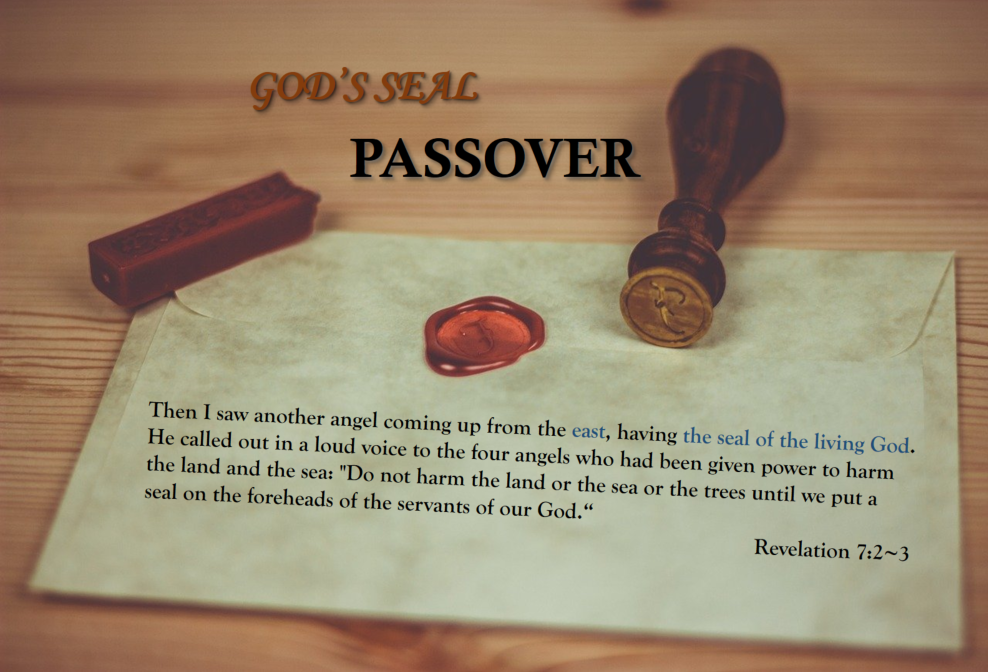 Total 5
« Heavenly Father and Mother's DNA also exists.
The Church of God is Zion where we should go to for salvation »
List Reply
Edit Delete
Total 1,986
New
Powered by KBoard