WMSCOG-Should We Keep the Law of the New Covenant? 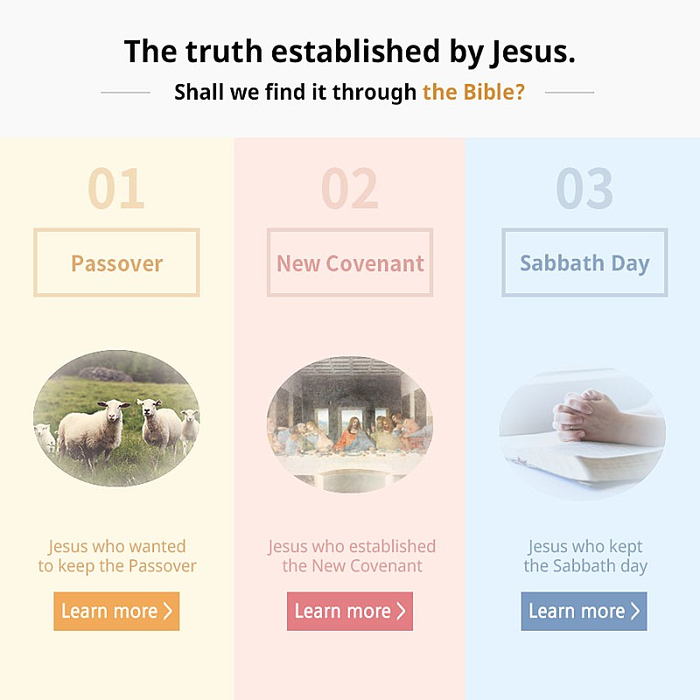 Our World Mission Society Church of God(WMSCOG) keeps the New Covenant Passover and the Sabbath as recorded in the Bible. It is the only church that keeps the Passover and the Sabbath, which disappeared in the Dark Ages. It is the Church of Truth that adheres to the faith of the Early Church.
Such secret acts of lawlessness began to increase from the end of the Aprostolic Age and became gradually prevalent; Constanine the Roman emperor converted to Christianity and was given authority to reign over the churches, and in A.D. 321 he proclaimed Sunday as the day of worship, and enen the Passover began to be neglected from A.D. 150 and was completely abolished in A.D. 325. The Eastern Church centering on Jerusalem was constant in keeping the Sabbath and the Passover. On the other hand, thet Western Church centering on Rome began to commit lawlessness from A.D. 150; it abolished not only the Sabbath but also the Passover, and even kept it on Sunday. It held the Council of Nicaea in A.D. 325 to abolish the Passover which had been kept by the Eastern Church.

(2 Thessalonians 2:3~7)
Don't let anyone deceive you in any way, for (that day will not come) until the rebellion occurs and the man of lawlessness is revealed, the man doomed to destruction.
He will oppose and will exalt himself over everything that is called God or is worshiped, so that he sets himself up in God's temple, proclaiming himself to be God.
Don't you remember that when I was with you I used to tell you these things?
And now you know what is holding him back, so that he may be revealed at the proper time.
For the secret power of lawlessness is already at work; but the one who now holds it back will continue to do so till he is taken out of the way.

Total 2
« The reason Jesus Christ would come to this earth again.
The eternal life which is inherit by God the Mother. »
List Reply
Edit Delete
Total 2,003
New
Powered by KBoard